An original sci-fi thriller with a full rock soundtrack. Out now on Audible and iTunes.

The year is 2029. A police officer investigating County Lines and the rise of drug use in his rural community discovers dealers have been using some kind of invisibility coat.

His investigations lead him into a new world of techno-anarchists, who developed the coats to defend against state and corporate invasion of privacy. Their invention is a force for good, but also a force for evil. What side will our hero take?

The Shadowpunk Revolution is a gripping bitcoin allegory co-written and narrated by Dominic Frisby to an electrifying rock soundtrack by Asaf Zohar. 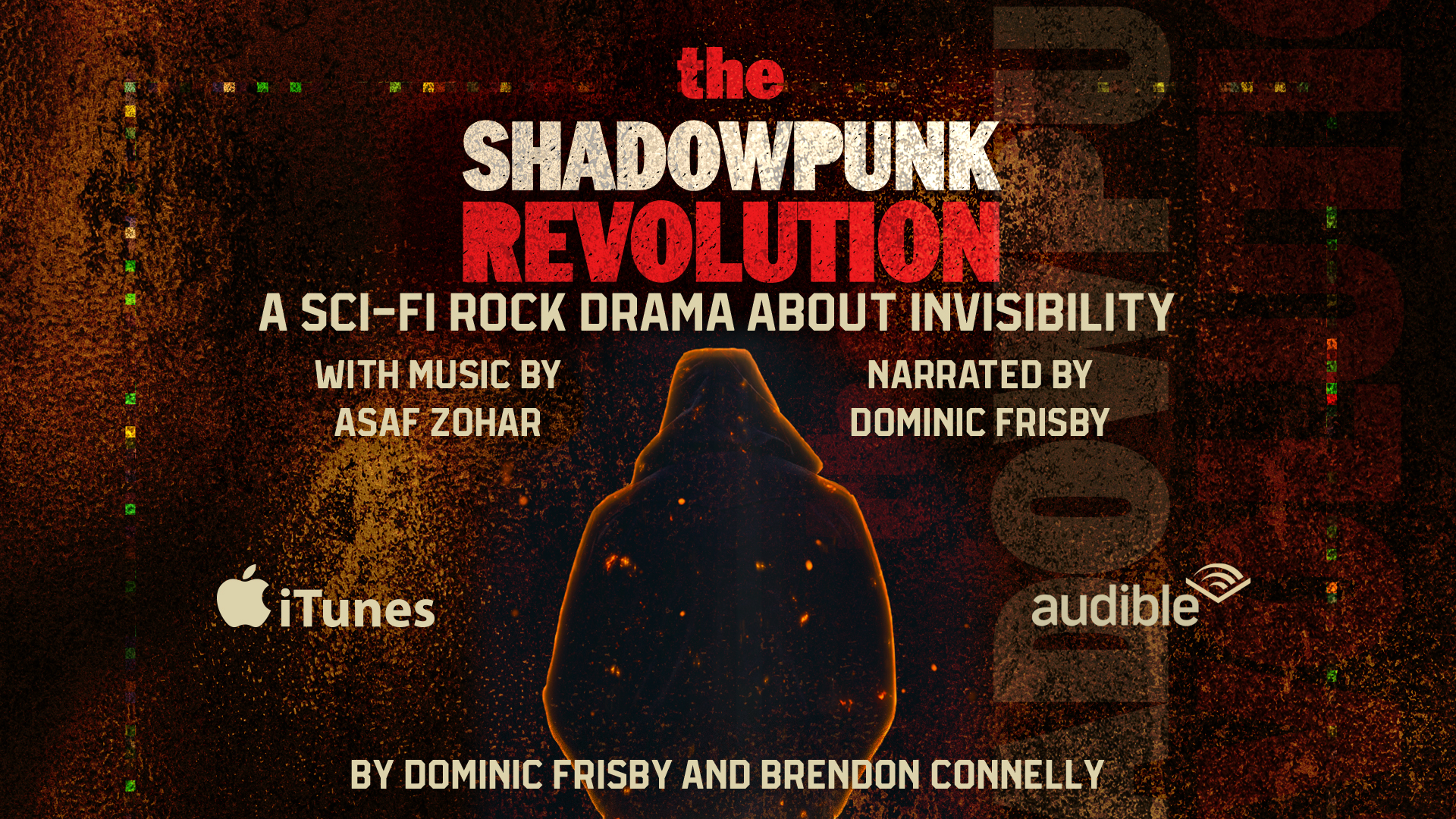 “Whether it’s podcasts or audiobooks, we are experiencing an incredible boom in audio. We wanted to push the boundaries a little, mixing spoken word and music, and explore the audiobook format in a way that has not yet been explored,” says Dominic Frisby.

“Format is determined by the media available at the time – iTunes superseded the album, for example. Netflix is destroying cinema. The old 20,000-word pamphlet has seen something of a revival thanks to Kindle. We are reviving the concept albums of the 1970s, but through the medium of audiobooks.”

“Our story’s set in the future, it’s got a criminal anarchist underworld, invisibility coats, a detective and the funkiest rock guitar you’ve ever heard. What more could you want in an audiobook? All for just three quid!”

The Shadowpunk Revolution is out now on Audible and iTunes. . Running time: 47 minutes.

Listen to the first 10 minutes here. Short promos can be found here.

Comedian Dominic Frisby (“mercurially witty,” the Spectator) has spent, as he puts it, “half his life” in sound studios, voicing ads, cartoons, promos and more. He estimates he has narrated over 1,000 documentaries for BBC, ITV, Channels 4 & 5, Nat Geo and Discovery. He is also, unusually, a financial writer and, among his claims to fame, is that he wrote the first book on Bitcoin back in 2014 – Bitcoin: the Future of Money? (“Read it and glimpse into the future,” Richard Branson).

After years of professionally playing rock guitar, Asaf Zohar studied classical composition at the Royal College of Music. Asaf has scored and played in shows at the Soho Theatre, Birmingham Rep, the Edinburgh Fringe, Deptford Albany, Ovalhouse and Half Moon Theatres. He has scored numerous productions for BBC, Channel 4, Virgin Media, and others.